Look Back - The Parisian Bird Market 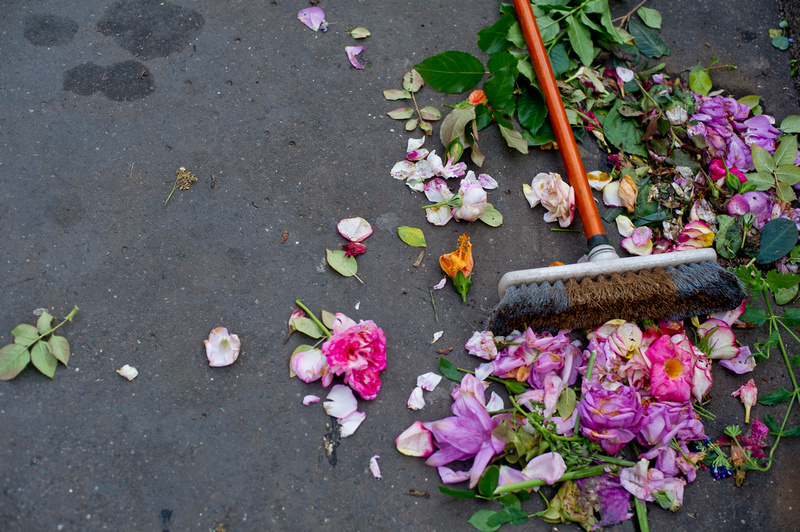 This flower market has been in the same hallowed spot since 1808, and is usually populated by flora vendors who peddle all varieties of plant life. On this Sunday, though, the floral attractions have been exchanged for fauna, and the myriad colors that line the street now sing, chirp and squawk as they peek out from behind the pinstripes of their confinement. This is a bird monger paradise: welcome to the Sunday ritual that is the bird market at Marché aux Fleurs.

The men here are of the same group you find at car shows, BBQ grill-offs and Magic The Gathering club meetings. They are mostly older white gentlemen who all share a passion for birds. Although the Marche aux Fleurs is a bird market, today, there is not a lot of actual bird selling going on. Occasionally a man with a small child passes through the throng and inquires about buying a parakeet or the infinitely less interesting and more annoying wren. Meanwhile the bird mongers chat excitedly and smoke their cigars and cigarettes. So, for the most part, it’s just these guys and their birds and the occasional outsider like myself who sidles around and gawks.

The atmosphere draws a small but familiar crowd. Most of the market goers are men, many have graying beards and thinning hair. They make small bird-talk as they man their makeshift stands that showcase their tiny dinosaur prisoners. It’s strange to think that these are the descendants of the creatures who once dominated the earth with their giant alien forms, and who now find themselves imprisoned by substantially less impressive and badass evolutionary products of poo-hurling apes. Time, she is a bitch. But I digress.

I am not the only gawking outsider here today, though; from time to time I find myself transfixed by pigeons landing right next to the cages of these birds, peering in as if they’re on tour at the zoo looking at a long lost relative. Does the pigeon sympathize with the plight of the blue parakeet? Is he stopping by to give his condolences, or pass information through the bars like in a TV prison drama? Maybe the pigeon is dropping by to ask how he can get such a sweet gig. I imagine the pigeon asking, "You mean you get free housing and free seed and you never have to worry about being run over, kicked or eaten? What’s the catch?"

“Nothing,” his imprisoned brethren replies, adding in an existentialist tone, “just your freedom.”

Seeing all these birds reminds me of a time I met a large white macaw in a pet shop in the States. I recall a sign under him warning people not to let this macaw touch you. As I approached this large white dino relic, it made eye contact and hailed me, saying a soft and sweet "Hello." It slowly extended a large, leathery foot towards me as if to shake my hand, and as I reached my hand close to its talons, the macaw grabbed my fingers and tried to pull my hand towards its mouth and take a bite out of me. As I quickly drew away, it stared and cackled at me like the Wicked Witch of the West.

As I returned from this old memory, I pondered some troubling parallels. How was it that one being can so rely so heavily on another for support and survival, only to scorn and mock it with such bravado? Must have been a French macaw, I decided.

As I came out of my strange and deluded pondering I spot a bird monger attempting to catch a small wren in a cage, his sausage-thick fingers ambling through the cage in pursuit of a reluctant volunteer. Again I find myself wondering if these little birds ever consider banding together and lashing out at their human jailers. I wonder if Alfred Hitchcock's movie The Birds is an awkward subject amongst this group. I find myself compelled to test the theory, but remember that I speak about as much French as these birds speak Yiddish.

In the end I decide not to make an attempt at setting them free, imagining my own version of animal emancipation inspired by Free Willy. No, instead I simply document this strange scene of possible injustice, so that others may know and be warned -- don’t be a pretty bird in Paris. They’ll put you in a cage and slap a price tag on you.