(The following is a transcription of the interview in its entirety. The interview was organized, conducted and recorded by Zach Nelson while speaking to Logan Shumaker on 3.12.2013) 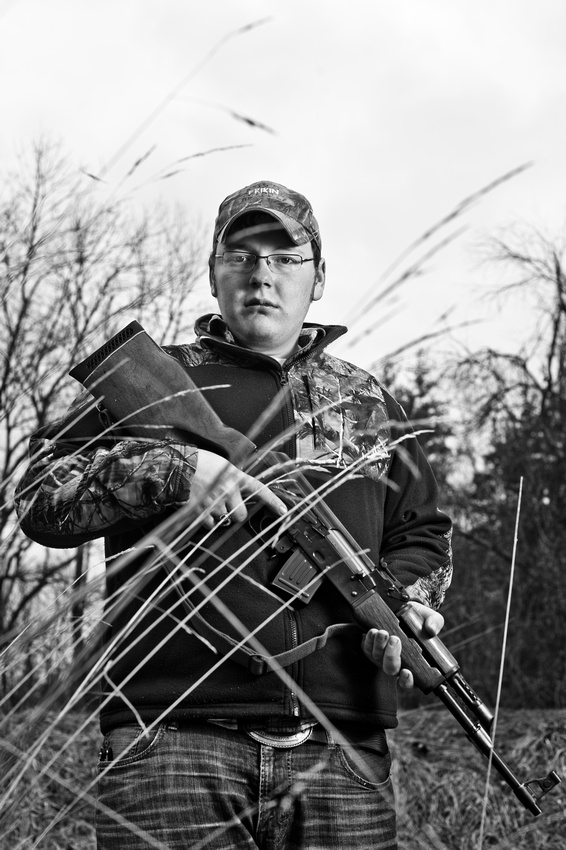 Question 1 – What is your personal connection with firearms? How old were you when you first operated a firearm?

Q – Who introduced you?

Logan Shumaker: “My father. Started with target shooting, then moved to skeet, then hunting and all that stuff.”

Question 2 – Why do you choose to have firearms?

Logan Shumaker: “Well, it’s recreational; it’s definitely a fun sport. A lot of people don’t think of it as being a sport. And then self-protection: I am going to be a concealed carry instructor soon. So I am going to be teaching that, and I also have my [conceal and carry] certification. And also hunting, that’s a big aspect of owning a firearm.”

Q – When did you start? When was your first hunt?

Logan Shumaker: “I was about 12 when I went out deer hunting for the first time. I went through the hunter safety course and got my hunting license. Went out in the woods that year with my dad for a youth hunt, and it all started from there.”

Q – Now you have been doing it since you were 8, is there any part of that that contributes to what you are proud of?

Logan Shumaker: “Yeah, I guess from grandfather to father to son. Yeah, I’d say so. Learning your first safety from your dad, all your basic range rules: keep your gun down range, keep your finger off the trigger, safety always on, always treat a gun as it’s always loaded. That’s just basic stuff that you pass down from father to son. I guess you would take pride in teaching your kin that importance.”

Question 4 – What is the hardest part about being a firearms owner for you personally? Is there a stigma or negative connotations you wish you could change?

Q – What about for you personally in your dealings with people?

Logan Shumaker: “I have been fortunate and not had any run-ins with anybody. I haven’t had anybody come up and say, ‘Oh you’re a gun owner, you shouldn’t own a gun.’ I haven’t had that experience with anybody that way. Our county is pretty gun friendly, I mean, everybody hunts, everybody pretty much owns a gun. ”

Logan Shumaker: “You have to be smart about it. I guess just follow your basic safety rules like I said before: keep your gun down range, keep your finger off the trigger, safety always on, always treat a gun as it’s always loaded. Don’t be idiots. Don’t be an idiot about your gun. Don’t do stupid things. Be a responsible gun owner; [do] what you’re supposed to do, follow the rules.”

Question 6 - What do you wish was different about being a firearms owner?

Logan Shumaker: “Just the negative aspects, that everybody thinks stereotyping gun owners as a dangerous activity or sport when, if you’re safe and responsible, there shouldn’t be any black marks or bad vibes about gun owners. People should respect firearms and respect the owners, I mean it’s our right.”

Q – What do you want to see change about Gun ownership in the future?