(The following is a transcription of the interview in its entirety. The interview was organized, conducted and recorded by Zach Nelson while speaking to Val Espinoza on 4.6.2013) 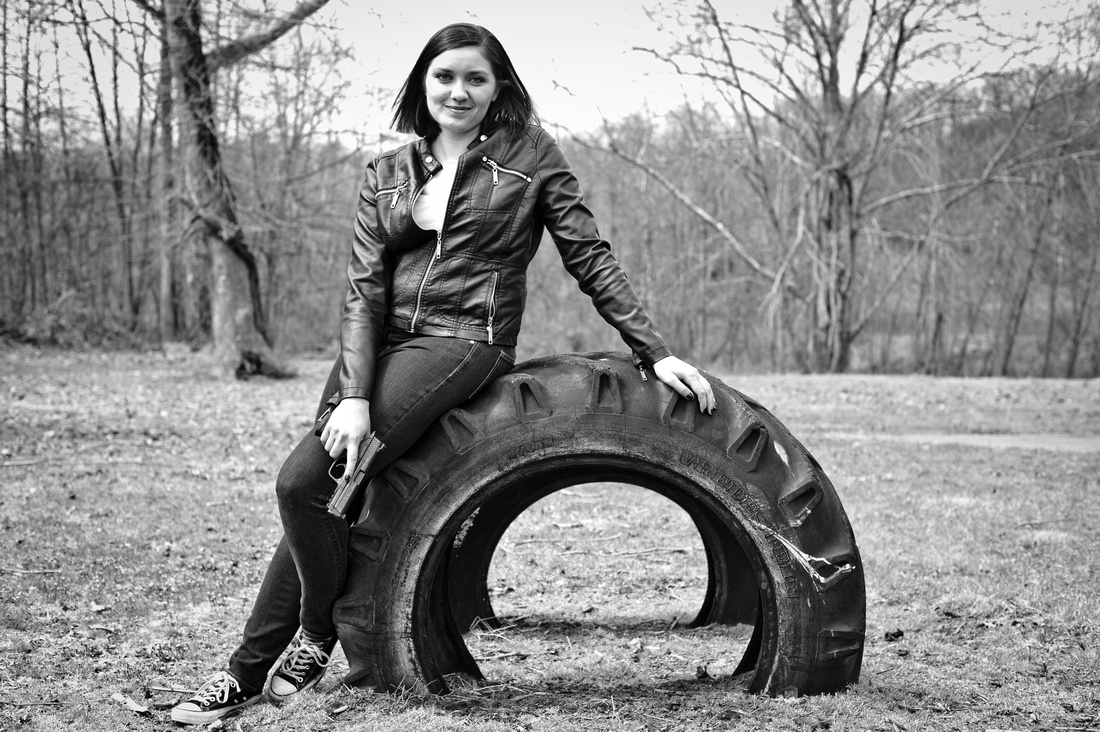 Val Espinoza: “I was raised in a very pro-gun household and we have always been very strong supporters of the second amendment. And so when I came to college I met Wes, who is our president [of the Ohio University 2nd Amendment Club]in a Biology class, and he was talking about the 2nd Amendment Club and how great it is, so I came and I kept learning and falling in love with him.”

Q – Back to the more personal stuff, you were raised with a family that owns firearms. What about that aspect of growing up with it, let’s look at that part.

Val Espinoza: “My mom and dad, my mom not so much, we’re all very pro-gun. My dad owns guns, but he does it more like for collecting a little bit. Actually my involvement in the 2nd Amendment Club has really reinvigorated them, like I am the only one out of us to have my conceal and carry [permit], so I’d say it’s really like me becoming involved in the 2nd Amendment Club has really reinvigorated my whole family to become involved in it. And we have always been really strong supporters of it, mainly for personal protection, you know, it’s our right, too, and I feel it’s the best way to protect yourself, especially being women.”

Question 2 – Why do you personally choose to have firearms?

Val Espinoza: “I choose to have firearms mostly for self protection. Being a woman, we’ve got a lot of disadvantages, [those] being, height, strength, you know, just even upper body strength specifically. There’s no way I can take on a guy who is 200 pounds. So my firearm is absolutely my weapon of choice because if I have a 45mm handgun, that guy is not gonna mess with me; and I absolutely feel confident in that.”

Val Espinoza: “I’m most proud (it’s probably the most simple), I’m most proud of it because it’s absolutely alright. I just feel like a fully liberated American, like, being able to own a gun and practice it, practice my firearms use. I just feel really privileged because, you know, America, we pride ourselves on being the most free and I feel that this is one way I can say, ‘I am fully using my liberties,’ you know? The ones that I was born with I guess.”

Val Espinoza: “The hardest part would be age for me at least right now, ‘cause I am only 19 – There is a lot of stuff that I cannot do still. Even being an American, it’s a really hard position to be in where you’re fighting for all these rights and you’re really a supporter of concealed carry, concealed carry on campus, and I can’t at all. I have to wait two more years. So I would say the hardest part is actually just waiting around until I can actually do it while I am still fighting for it now.”

Val Espinoza: “I always want to be conscious of other peoples’ opinions. Because I love that the 2nd Amendment guarantees your right, but it doesn’t mandate it. So I absolutely wanna own a gun, but if someone else comes up to me and says, ‘I don’t feel comfortable with it, I don’t want to use guns in any way,’ I love that we have the ability to choose whether we do or do not use it. Now, I love using my gun, but I love that no one has to – it’s not a mandate, you don’t have to.”

Q- So responsibility to you is being able to advocate and understand other peoples’ opinions?

Val Espinoza: “I’d say my responsibility would just be: Be a responsible gun owner in the sense to not judge non-gun owners. I think that’s the biggest turn off for people who are anti-gun. They feel like all gun owners want everyone to have a gun, and I don’t want that. So I think keeping other peoples’ opinions in mind when talking to anti-gun people is probably my biggest responsibility, ‘cause I never want anyone to say, ‘well, this person was pro-gun, and they really turned me off.’ I never want someone to say that to me.”

Val Espinoza: “I wish I could modify the stigma with it. A lot of people think that we are just a bunch of gun nuts and that we like to go out shooting things like water fruit and water bottles and bowling pins and stuff – which is always fun, but I wish people didn’t think we were so crazy about it. We don’t go out to hurt humans; we do it really to preserve life. We’re all about protecting our lives and each other’s lives. Like, if one of my friends was not carrying and I was, I would absolutely protect them, even a stranger on the street. I always want guns to be seen as a form of protection, not aggression.”